Test plans (groups of test cycles) are used to track testing progress throughout an entire release or version. You can link several test cycles to a test plan and get real-time progress reports when you need them. Test plan fields are customizable, which allows you to track scope, risk, strategy, entry and exit criteria, test environment, test bed, and more.

Incorporating test plans and test-execution cycles into your development process results in formal test planning and structured testing: Easy to plan. Simple to test. Quick to track and report.

The following image illustrates the steps and benefits of common testing efforts: 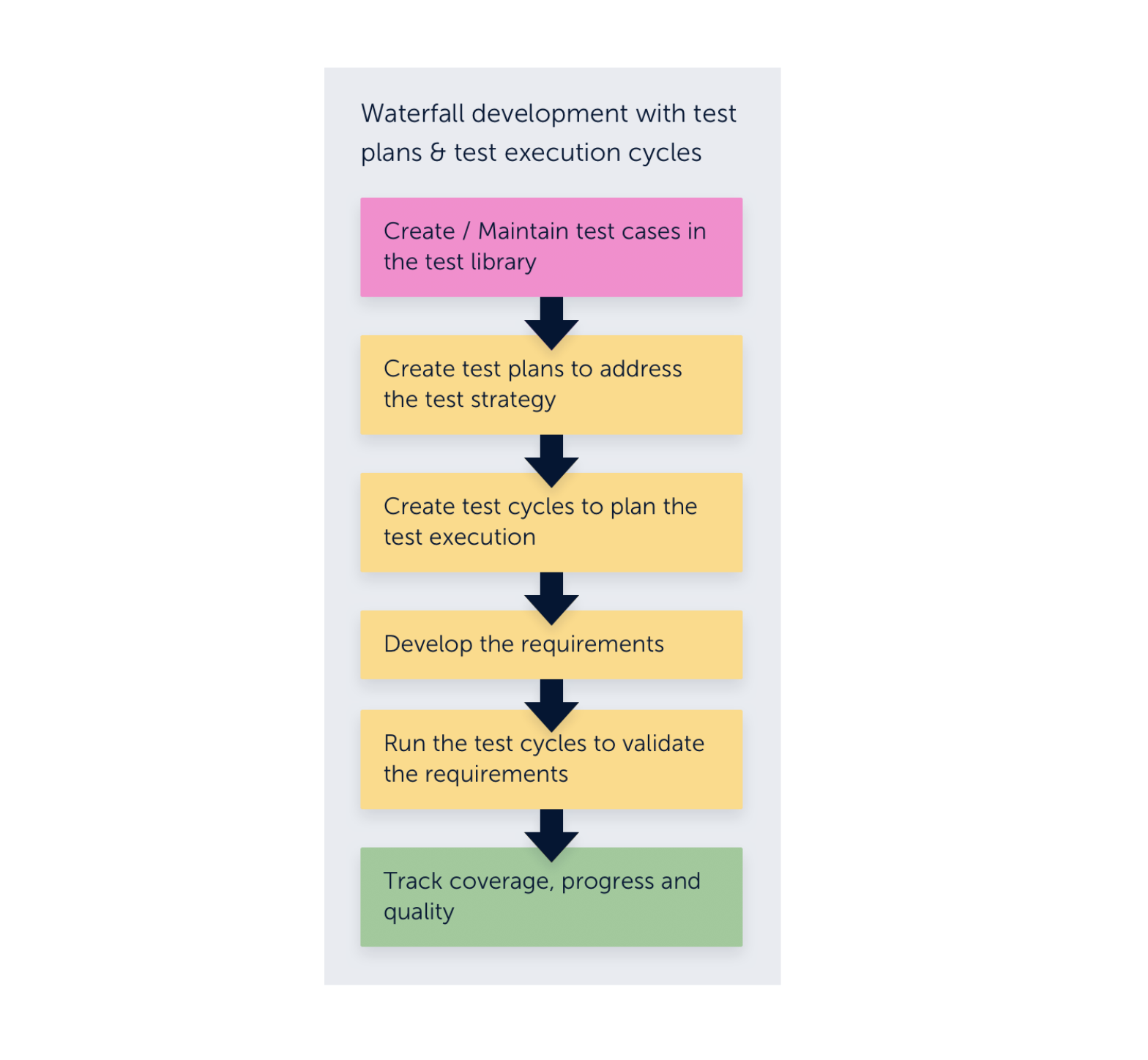 Zephyr Scale supports traditional (waterfall) development and testing processes. Traditional approaches demand that you plan test assignment and execution in advance, sometimes even before any code has been released. Some software companies, however, require greater emphasis and detail about the planning phase. To meet this requirement, you can use Zephyr Scale’s test plans. Instead of using Microsoft Word or Excel to create the main test plan, you can create and customize a test plan within Jira to address a broad range of planning topics, such as scope, strategy, resources, environments, risks, etc. 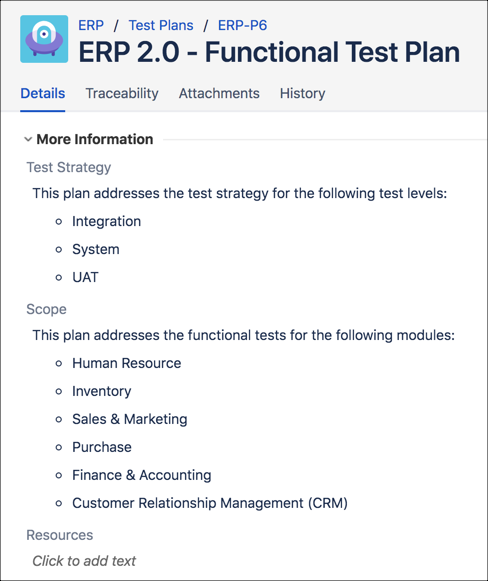 Test plans provide a comprehensive view of your testing effort. You can even track the test-execution cycles from a higher level by linking test cycles to a test plan. In this scenario, test plans behave as a group (or container) of test cycles, so when you generate reports and statistics filtered by test plans, the information aggregates and displays the test-execution results, metrics, and coverage of the test cases associated with the linked test cycles. 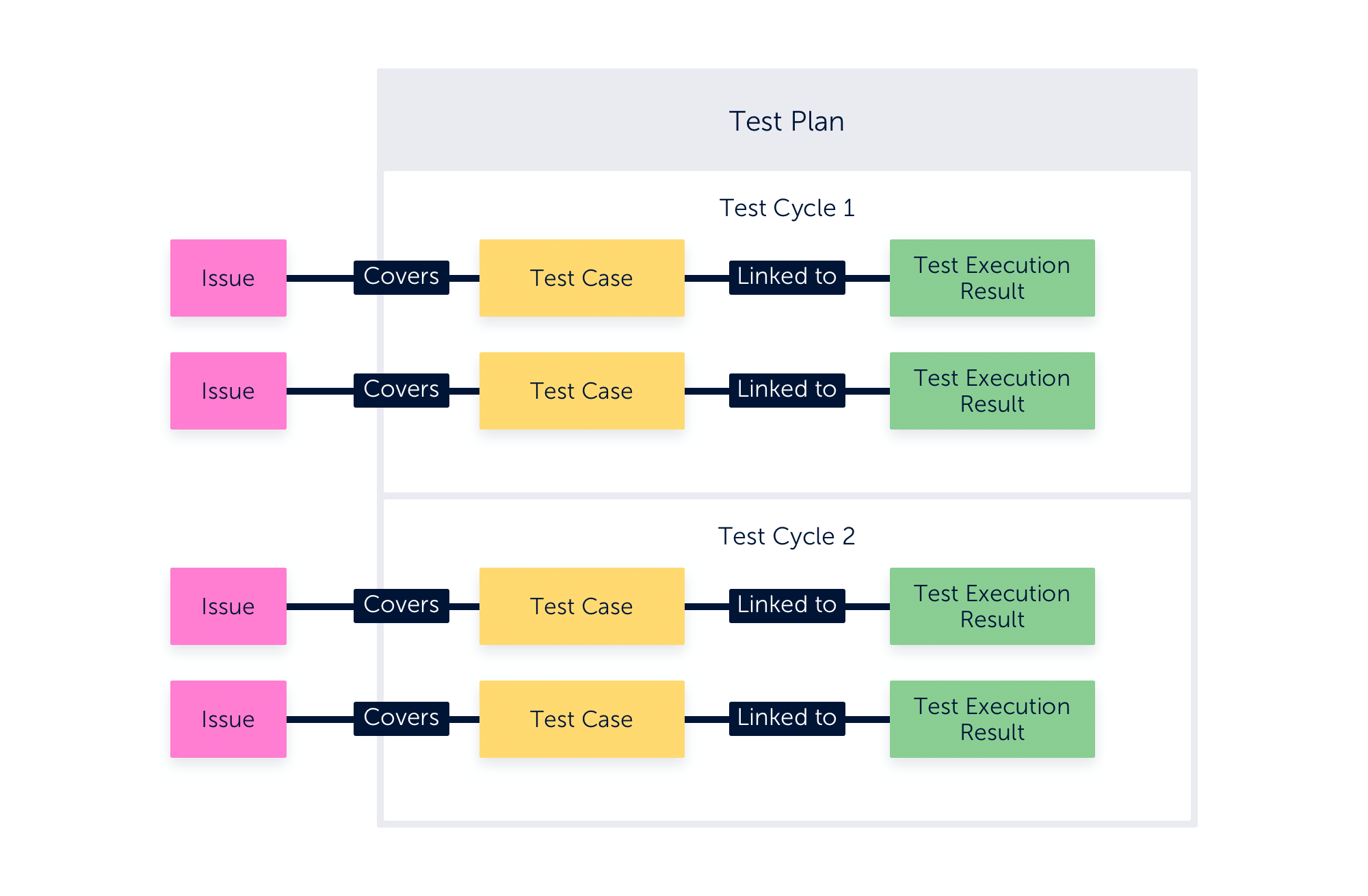 The Role of Test Plans in Zephyr Scale

To understand test plans and the benefits they offer, it helps to understand their relationship to test cases and test cycles.

Test cases are small, chunked testing efforts that your team works through to verify compliance with a specific requirement. Whether you're validating a bug is fixed or that individual pieces of a new feature work as expected, test cases are the building blocks of any testing effort.

You can manage your project’s test library—the place where all of your test cases live—from the Tests view. 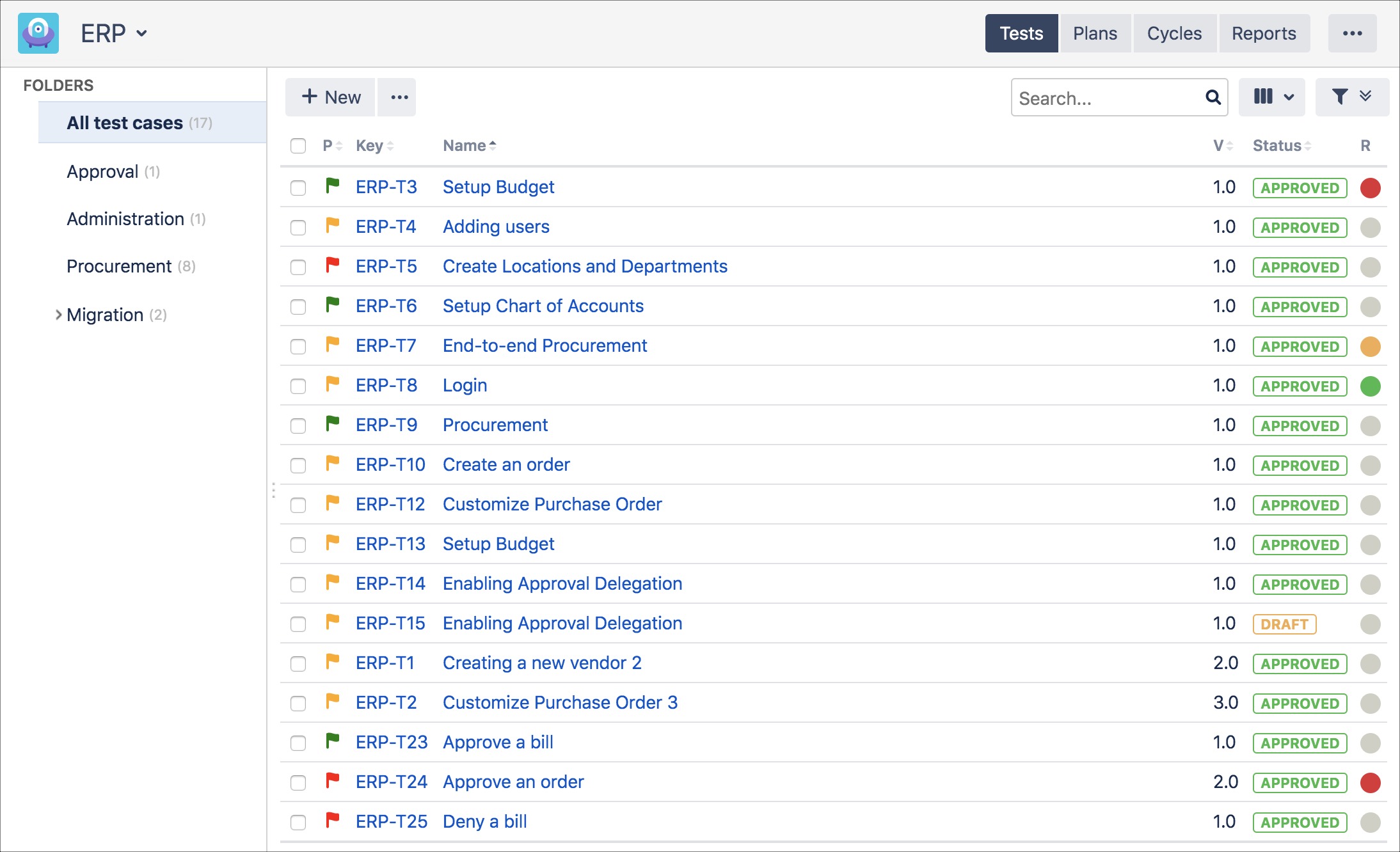 A test cycle is a focused set of test cases that are grouped to achieve specific testing goals. Test cycles are usually larger and more broad in scope than test cases. Examples include regression tests, build-verification tests, end-to-end tests, etc.

From the Cycles view, you can create and manage your test cycles.

When you create a new test cycle, the Test Cases tab allows you to add existing test cases from any Jira project to the cycle.

Go a step further, and you have test plans, which are—you guessed it—groups of test cycles. Test plans are used to track large-scale testing iterations, like an entire release or new version of your product. They give you the ability to generate reports about the progress of the entire testing iteration—information project management requires to gauge success, manage timelines, distribute resources, and plan future testing efforts.

From the Plans view, you can create and manage test plans.

When you create a new test plan, options on the Traceability tab allow you to link test cycles to the test plan. Because test plans behave as a group of test cycles, when you generate reports and statistics, the information aggregates and displays test-execution results, metrics, and coverage of the test cases associated with the linked test cycles.