Check out what’s new for TM4J Cloud in 2019. Here are the changes we document:

Here’s an example of custom fields in action, first in a test execution: 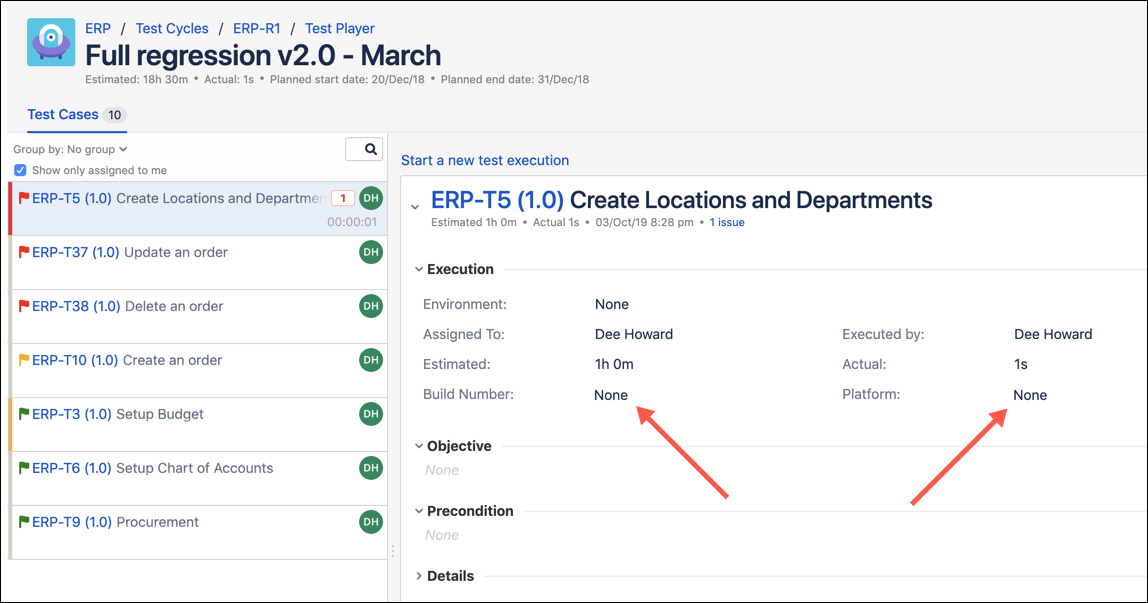 And here’s an example of a custom field in a test step: 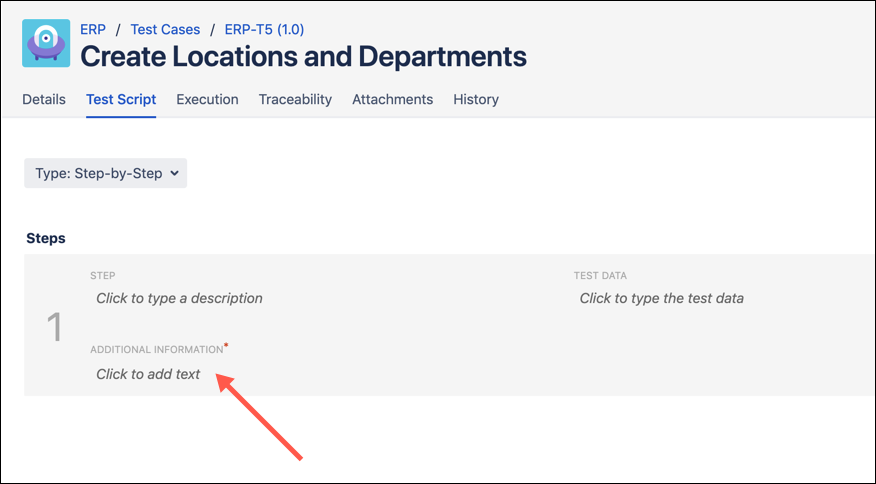 In-app documentation via Elevio is now available via the blue button in the bottom-right corner of the screen and offers you quick access to lots of useful information about TM4J. It also gives you quick access to Release Notes, Adaptavist Support, TM4J’s full customer documentation site, and more. The search bar at the top is a great place to test it out and see what’s available. 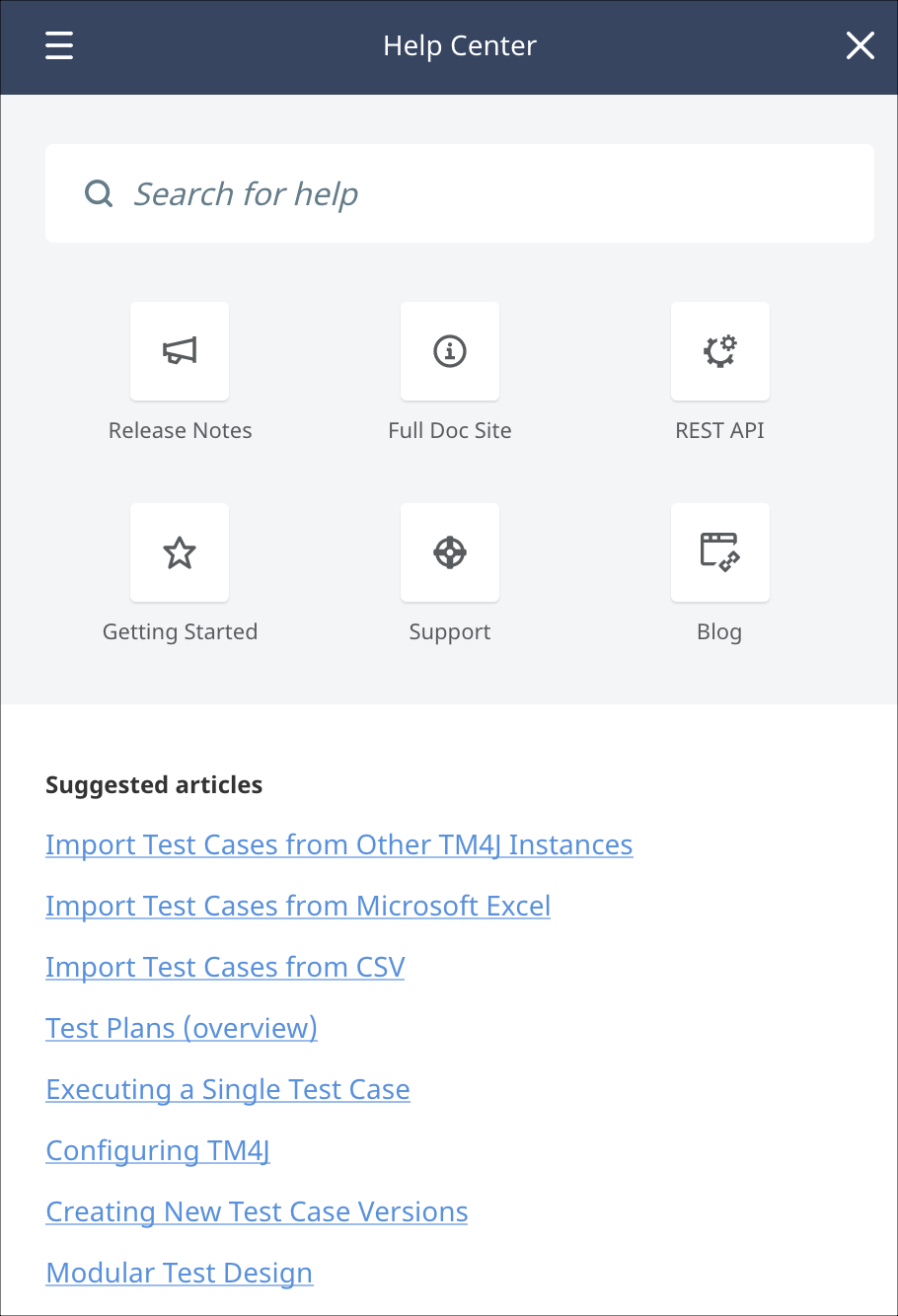 You can now execute test cases individually, without having to add them to a test cycle. Just create and link test cases or acceptance tests to user stories/bugs, then initiate the test execution directly from the Jira issue or kanban board. 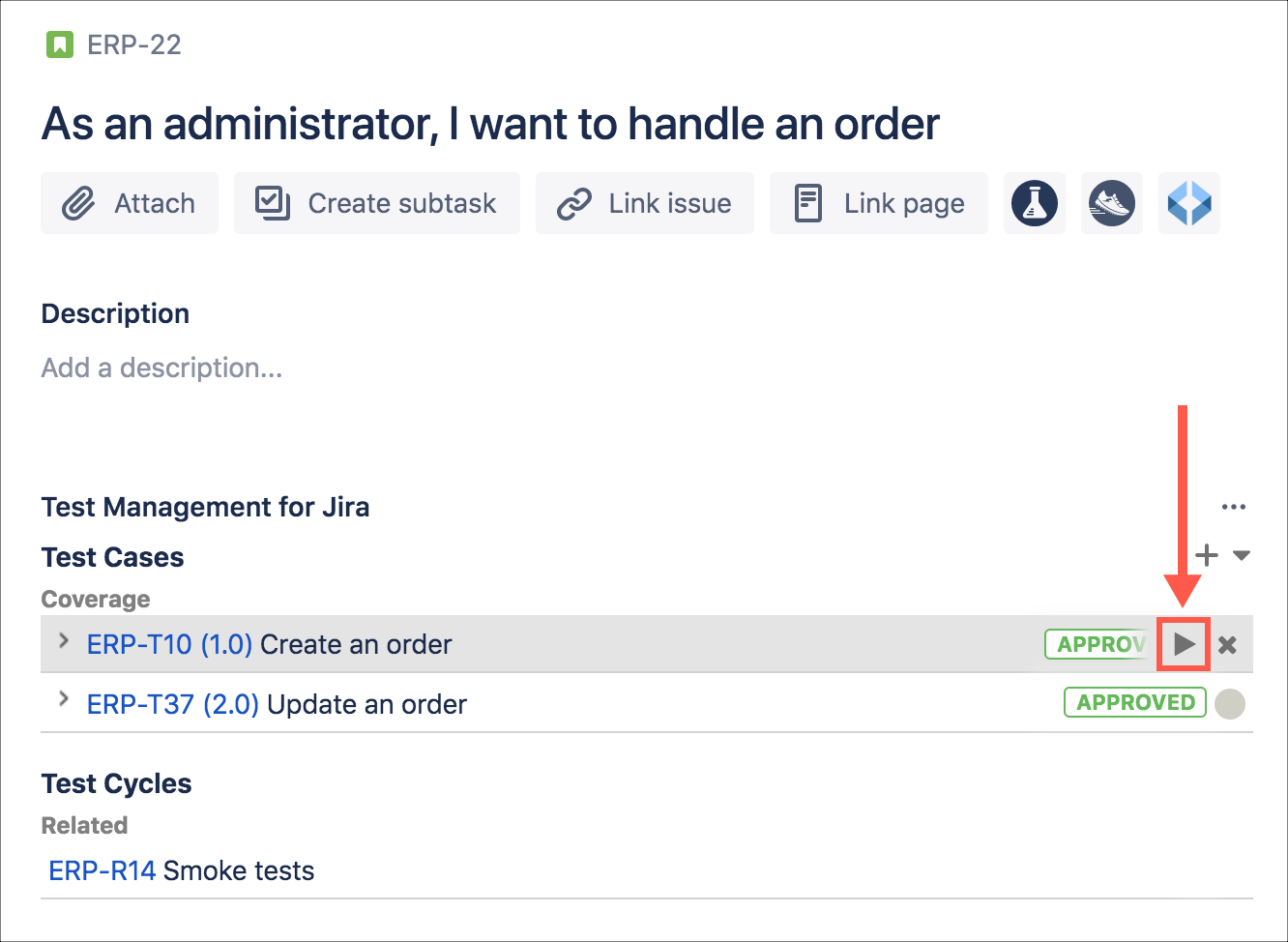 You can now improve your data-driven testing strategy by adding test data to test cases.

Test data is stored in a central repository away from your test cases, allowing for test data to be called into and reused in test cases throughout your project. This is incredibly useful as it eliminates the need for you to create and run similar or redundant tests; instead, you can simply call a range of values into a single test.

To get started with test data, create or open a test case, and click the Test Script tab. Then select the Test Data type from the dropdown. You can add columns and rows of test data that you can call into your test steps further down the page.

Fixed an issue that allowed the Unarchive button to be active even when no test cases were selected.

Simply select the desired test case and click Archive. All archived test cases are visible in the Archived section at the bottom of the left-hand sidebar, where the folders are located.

You can unarchive these test cases at any time by selecting, then clicking Unarchive. 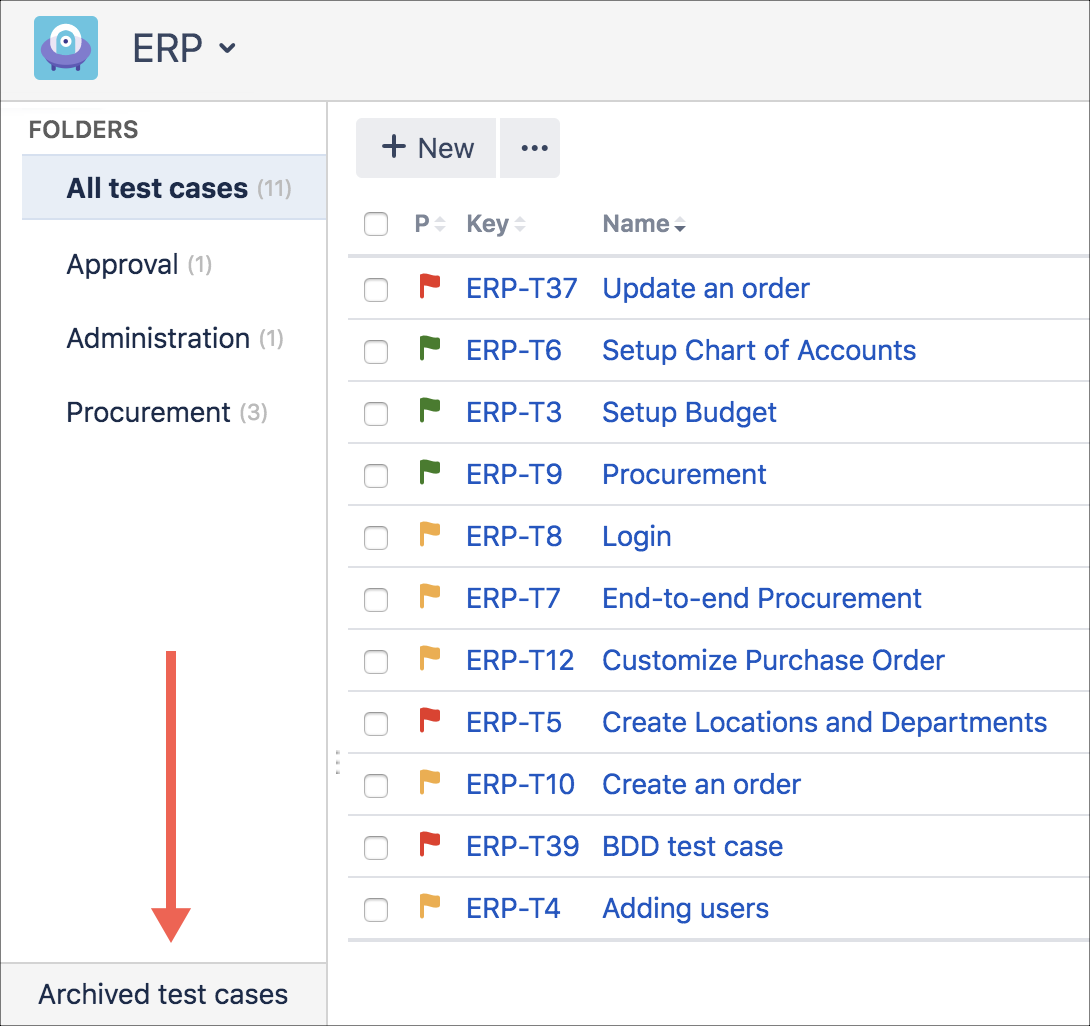 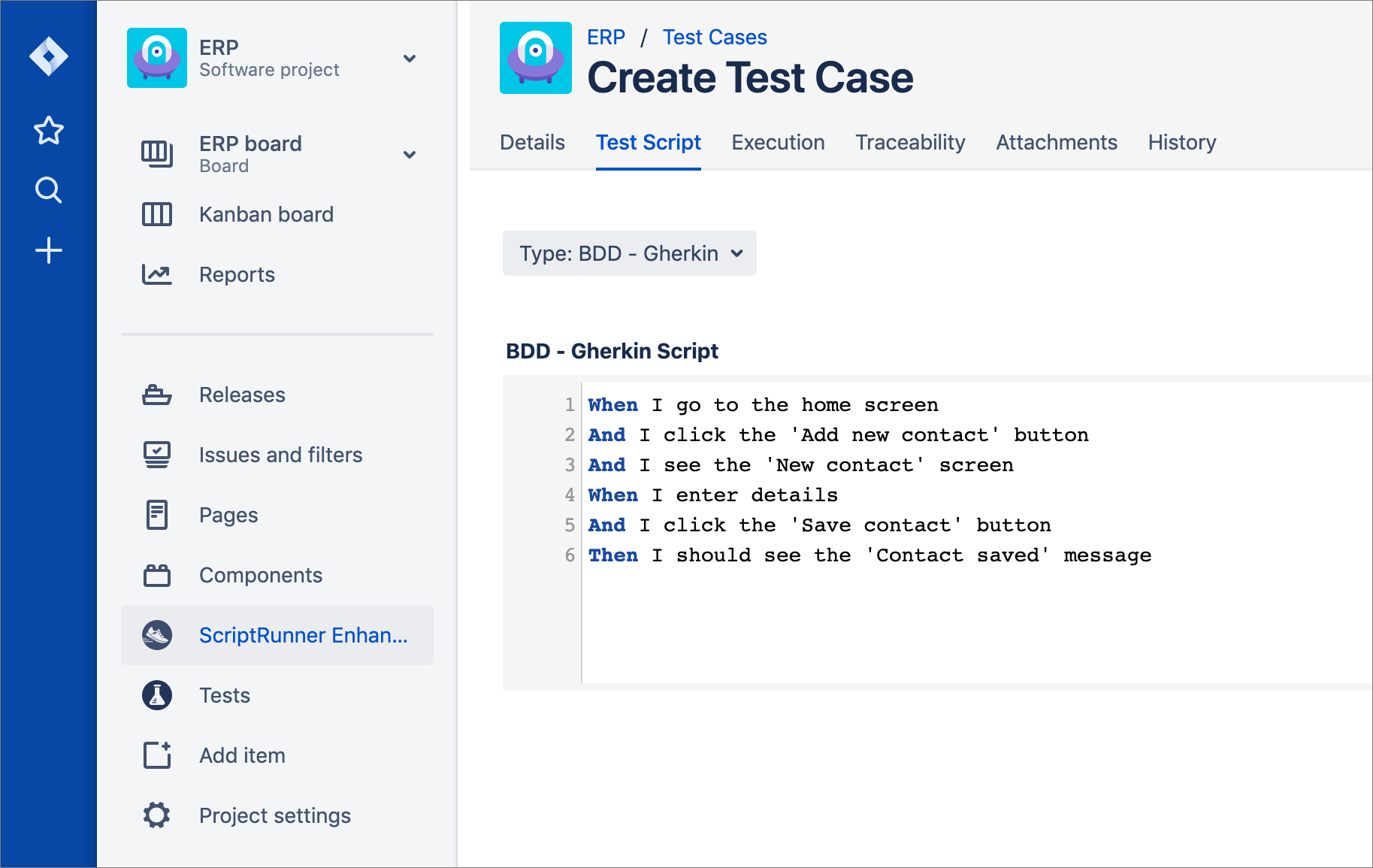 In addition to providing a free REST API as part of Test Management for Jira Cloud, we’ve also added additional support for integration with automated testing. This includes the following: 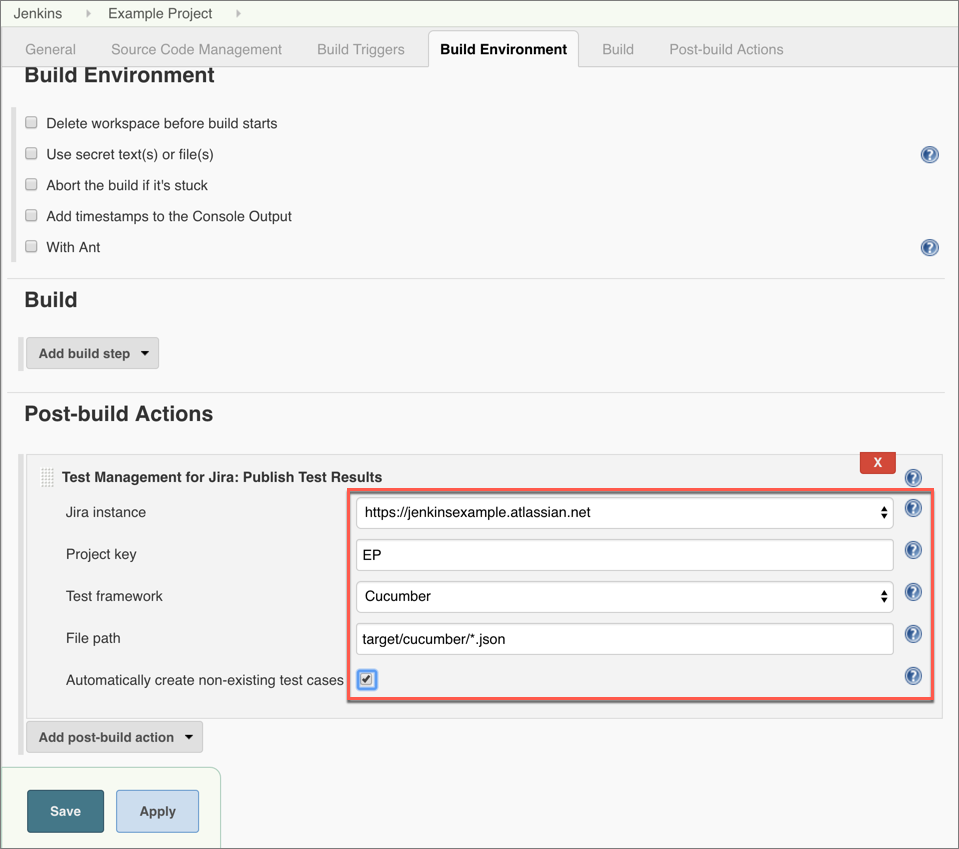 Priorities now show as flags instead of arrows, which clearly shows the priority as either low, normal, or high.

A Help & Support panel has been introduced for new and power users to have quick access to important links, like the support portal, release notes, user documentation, and more. The user documentation in the panel is searchable, meaning you can find whatever you’re looking for without having to dig through all of the documentation. 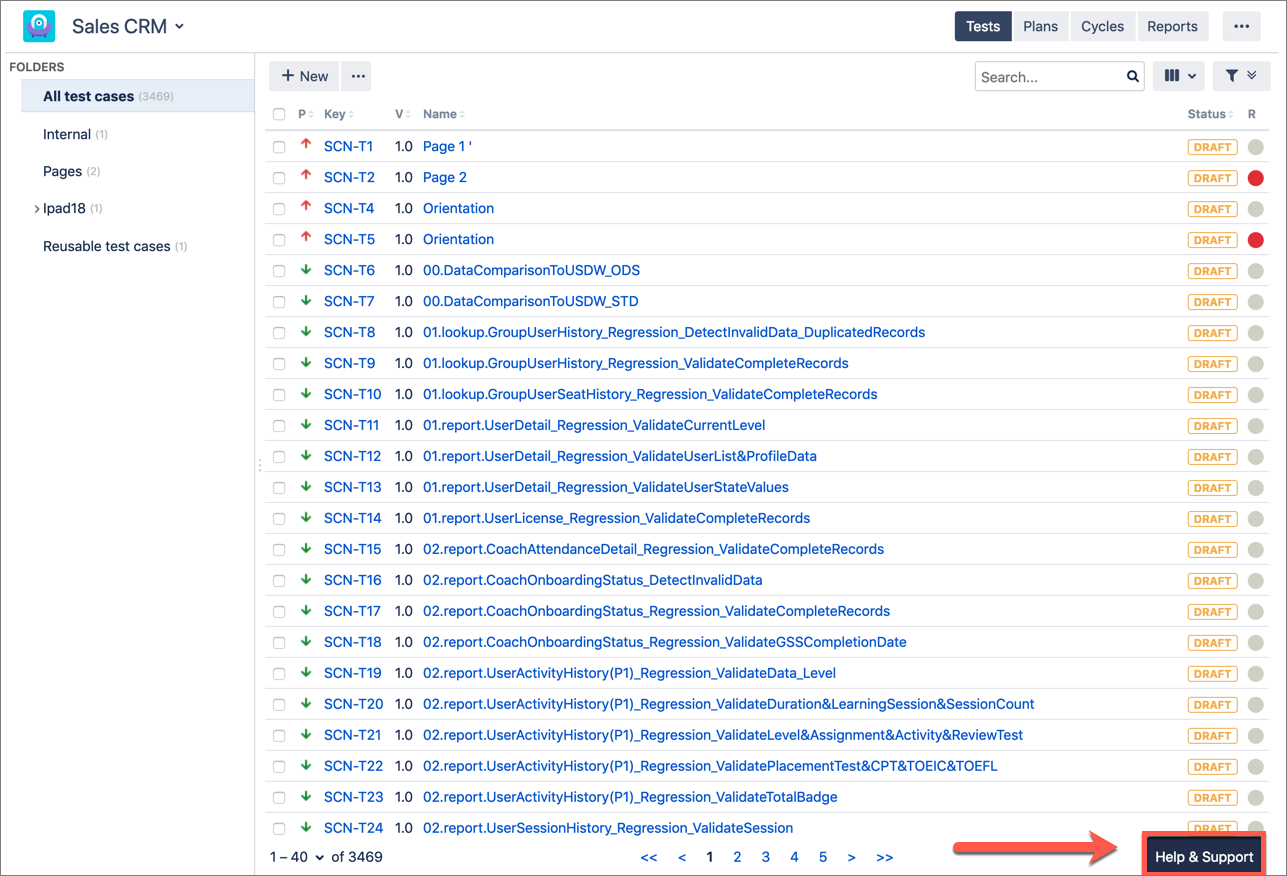 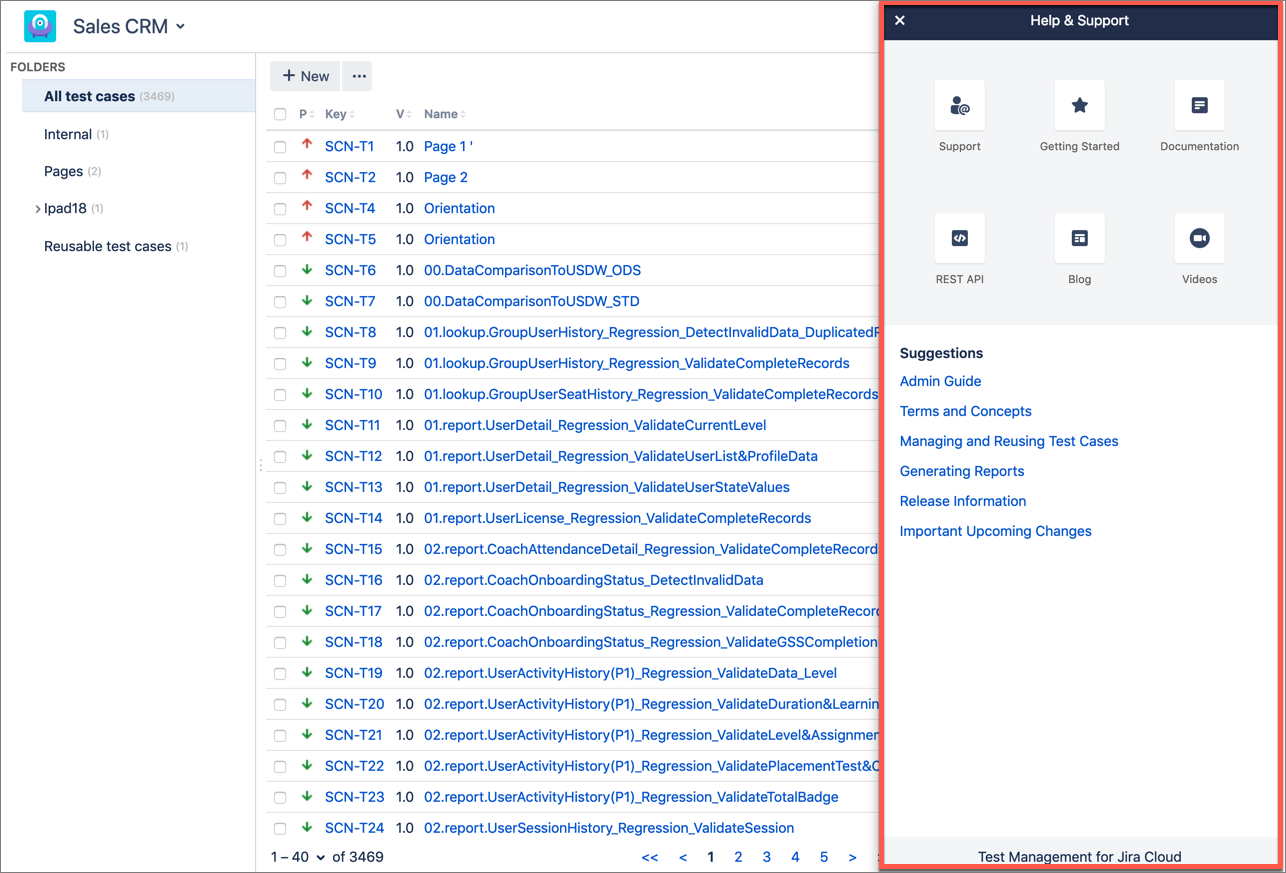 We’ve introduced the Test Execution Results (Detailed) report, which will appear in your instance over the next week or so as we gradually release it. This report provides an in-depth view of your test executions, including test-step results and any attachments or comments made on execution. 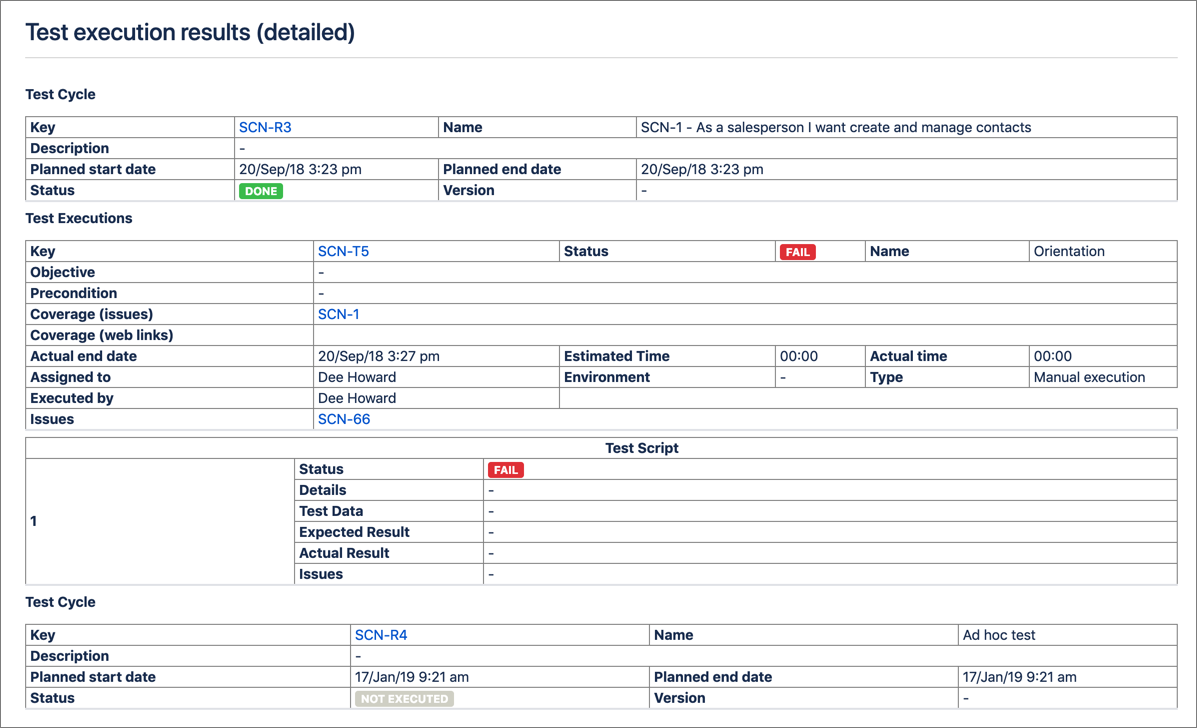 The new Executed By field for test executions will be automatically set when a user executes a test in the Test Player. This works alongside the Assigned To field, which can be set when adding a test case to a test cycle.

Executed By - The user who has executed the test case. This is updated when a user begins a test execution in the Test Player. This field’s value can be different than the Assigned To value.

Assigned To - The user who has been assigned a test case. This field value can be set when adding the test case to a test cycle.

We’ve added a new grid view to the Test Cases view under a test cycle. This view allows you to change which fields are visible and allows you to display the Executed By field.