Working With Assertions in Functional Tests

In functional tests, you can apply assertions to various types of test steps. Depending on the test step type, there are different assertions available.

Now, you can use the response data during the assertion creation.

Create assertions from the response

The easiest way of validating responses is with the Smart Assertion. It checks both the message content and the metadata such as headers, status codes, and parameters in accordance with the predefined set of rules. You can create a Smart Assertion from the Assertion panel. For REST, GraphQL, and SOAP requests, you can create it from the response editor as well: 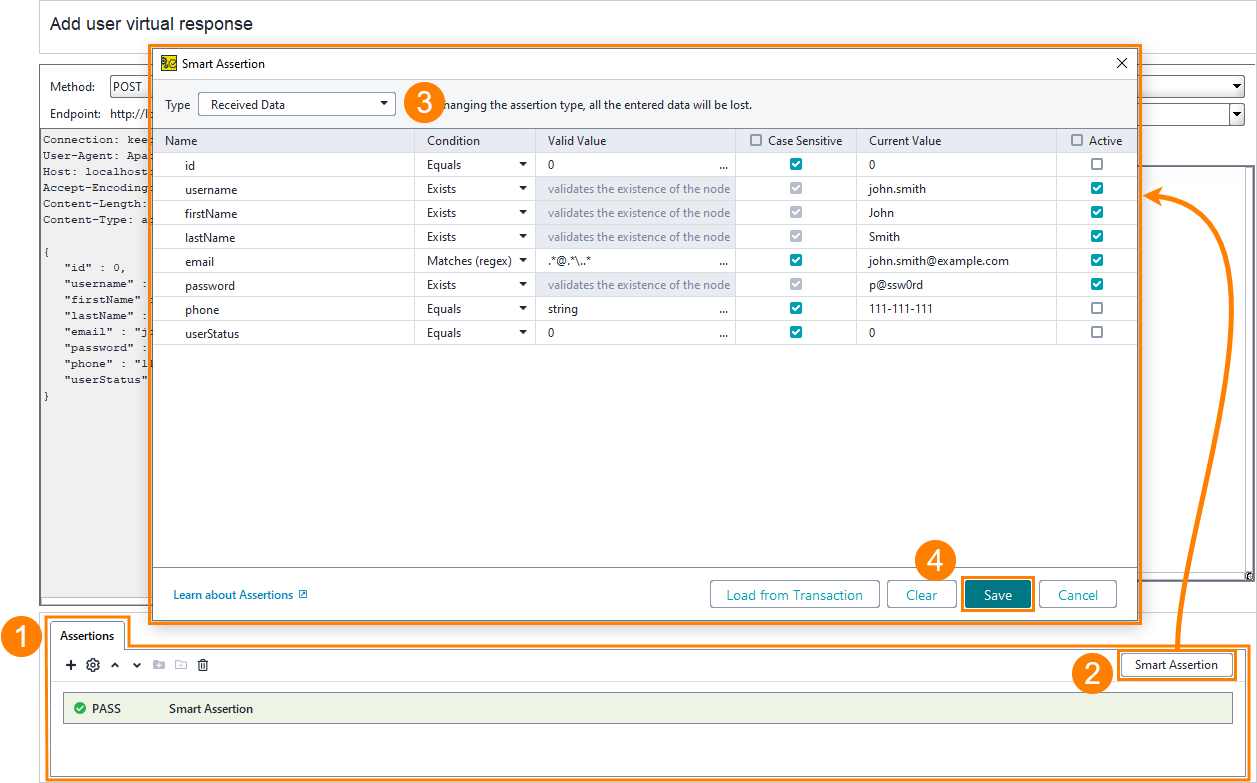 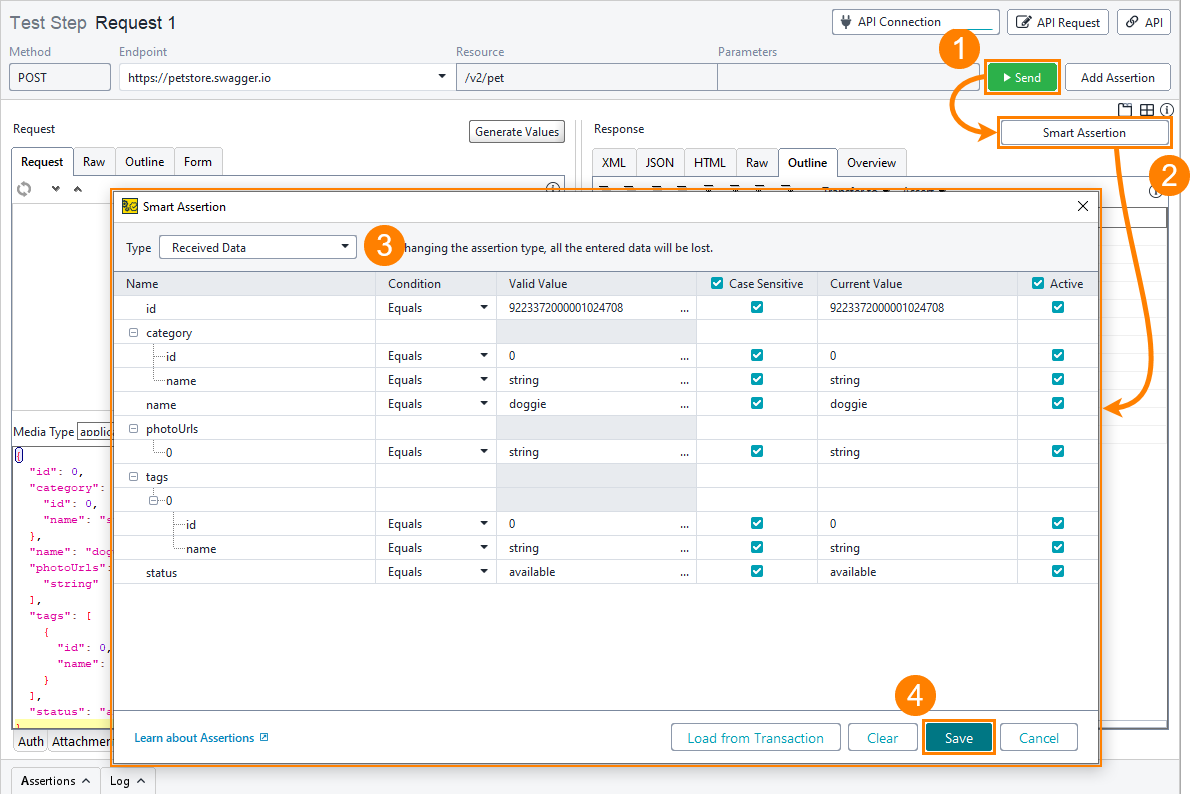 For details about configuring the assertion, see the Smart Assertion reference.

Create an assertion for a specific element

You can quickly add assertions for specific elements in the response. To do that:

To open the Assertions panel, click Assertions at the bottom of the test step editor.

Describes where you can find assertion coverage data and how to use it.